Reasons Why all Value-Adding Changes Should be Controlled

Change control is an important part of any business because you have to take into consideration all the possible risks and impacts that implementing a change would have.

In the same way that all projects cannot be the same across the board, all changes made across a project cannot be the same. Members of your change team can get sick, and stakeholders might want different things for the project, the supply chain might be disrupted, adverse weather conditions might get in the way. There are so many things that could happen along the way that could have an impact on both the project and the people involved with them.

While the changes may help the project align better with what the business needs, you should also not overlook the impact that it would have on the lives of the people involved.

Human beings are naturally wired to resist changes, and that is because they feel secure in the known, traditional approach. It doesn’t just apply to the clients who will use the finished product, but also the employees who will work to create the project.

Let’s consider an example of where big brands tried to innovate without considering the impact that innovation would have on their users. In this case, we would be using McDonald’s, known as a fast-food joint to get cheap and affordable meals on the go. What most people don’t recall is that McDonald’s tried to upgrade their food production and did a complete overhaul of their menu to include a “Made For You” concept thinking that their customers would prefer a more customized menu.

It sounded like a brilliant idea. Who wouldn’t want fresh burgers tailored to their own taste? However, what McDonald’s failed to account for was the impact that this change in the menu would have on their customers. Food had to be cooked from scratch to the specific request of the customers, which meant a longer wait time and thinner patience. Suddenly, customers were waiting in line for twice or thrice as long to get their orders. Basically, they completely threw out the concept of “fast food” in their innovation. It didn’t take long for them to realize that it wasn’t a workable model for business, and they switched back.

Innovation and change are good, but if it fails to carry the people along, the purpose becomes void. If McDonald’s had taken the time to carefully access all the risks and impacts involved with their innovation, they would have realized they had misread their customers’ needs.

Every change you make will definitely have an impact somewhere. According to David Streatfield and Sharon Markless[1], measuring the impact that the change will have is an important part of change control. An impact assessment in change control assesses the change that will occur to involved parties due to your change. Simply put, what change (effect) will your change (organizational procedure) cause? An impact could be negative or positive, and it could be wide-ranging, affecting many parties; or specific, affecting just a group.[2]

Why Change Should Be Controlled

1. To ensure that the initial push-back to change does not derail the project.

As said before, human beings are resistant to change. Even though you have done all the impact assessments needed to set the process for change in motion, people might still not warm up to the idea of change at first. The push-back is not just limited to the customer, but the employees involved as well.

They will wonder what the implementation of the change means for them and their careers. Does that mean they are taking on more tasks? Would it still be in the scope of their job description? Would their jobs be secure? All of these are questions that run through their minds. Change control ensures that while these questions are running through their heads, it doesn’t derail the entire project. Although Brian Cobb says that even with proper control feedbacks in place (e.g., control charts, action plans, and escalation procedures), there is still a great chance that individuals may not get on board with new processes or procedures and cause problems in the future.[3]

2. It helps to ease the transition.

In his book titled Managing Transitions, William Bridges proposed the concept that there is a big difference between a change event and the associated emotional transition that takes place as a result of the event.[4] While change is a physical concept that can be measured; a transition is an emotional reaction to that change as people move from the old ways of doing things to the new ones.

Transition is time-based. People need to move as easily and quickly as possible between the two phases without unnecessary conflict, anger, confusion, or other negative behaviors. Change control allows for feedback on how people are coping with the change, their concerns, and the best way to ease their transition into the new way of doing things.

Basically, changes should be controlled because it helps you to anticipate problem areas and be proactive about them, rather than being reactive. You are directly “controlling” people and easing them into accepting the kind of changes that your business needs rather than managing the blowback that comes with not adequately preparing for eventualities and the impact that the change would have on people.

If McDonald’s had focused on controlling the people side of change when they introduced their innovation, they would have managed to find a balance between processes, innovation, and people.

Try our FREE to use as is Change Control Software!

The link has been copied! 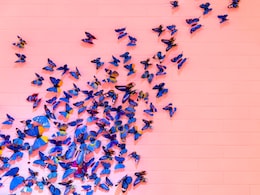 5 Maxims of Change: How Teams Can Create Successful Change Processes

The Change Control Process and How Your Organization Can Implement It 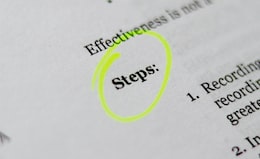